How Video Games are Being Used for Stroke Victims

A stroke is one of the most devastating things that can happen to someone: strokes can leave their victims mentally and physically weak, taking away some of the most basic functions that the human body provides. Fortunately for victims of strokes, technology is constantly making stroke rehabilitation easier and more effective. One of the newest trends in stroke rehabilitation is the use of video games to help stroke patients recover the full use of their limbs.

Why Video Games Are Great for Stroke Victims

After suffering from a stroke, many people are not only physically limited, but also very emotionally vulnerable. Stroke victims may be depressed at losing their facilities, which compounds the physical and mental effects of their stroke. Video games are a great option because they add a fun, light element to an extremely serious condition. They also provide patients with a form of rehabilitation that, while challenging, is also enjoyable for them.

Video game rehabilitation for strokes is successful for the same reason that other kinds of rehabilitation are successful: a concept called neuroplasticity. This concept is related to the brain’s ability to improve its function in a certain area to compensate for injuries in other areas. Combined with consistent exercise, neuroplasticity allows stroke patients to recover some of the functionality they lost. Video games also help stroke victims improve their hand-eye coordination, another area that can be negatively impacted after a stroke occurs.

One of the most common game consoles used for those who are recovering from a stroke is the Nintendo Wii. The Wii is unique because it was the first mainstream console to strongly emphasize motion-controlled video gaming. A company founded by Newcastle University scientists called Limbs Alive has developed a game called Circus Challenge, which allows stroke victims to perform basic movements with their arms that control circus characters on the screen. Players get to tame lions, perform trapeze tricks, and juggle, all while they train their body to recover from damage suffered from their stroke.

Another common game that stroke victims play on the Nintendo Wii is Wii sports, which includes a suite of different sports-themed games like tennis, bowling, and baseball. In 2010, WebMD published the results of a study that analyzed the relative progress of 22 different stroke victims: 11 that played video games for rehabilitation, including the Wii, and 11 that played card and block games for rehabilitation. After two weeks, the patients who played video games reported being able to reach out and grab things quicker and more effectively: the patients who played card and block games reported no such change in arm strength.

It is clear that video games can play a major role in stroke rehabilitation programs, but the exact extent of their effectiveness remains to be seen. Only time will tell how large of a role video games will end up playing for stroke victims who want to get back to a normal life that they can live to the fullest possible extent. 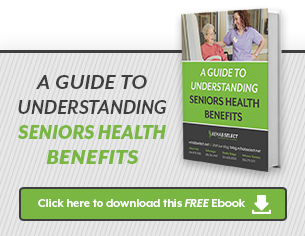