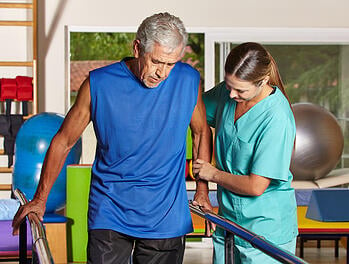 Every year, more than 700,000 people in the United States suffer a stroke. Roughly, two-thirds of these people survive and need rehabilitation. Rehabilitation helps stroke survivors become more independent and improves their quality of life. While rehabilitation is not able to reverse the brain damage caused by the stroke, proper rehabilitation can significantly assist people in achieving the best long-term outcome possible.

Post-stroke rehabilitation helps those who have suffered strokes relearn the skills they lost due to the brain damage caused by the stroke. For instance, these skills may include coordinating leg movements to allow an individual to walk again or performing steps in a complex activity. Therapists teach stroke survivors new ways to perform tasks to compensate for the loss of movement.

Following a stroke, an individual may only be capable of dressing or bathing using just one arm or hand. He may also need to learn how to communicate effectively if his ability to speak is compromised. Reacquiring the ability to perform these daily activities is the first stage stroke survivors need in order to regain their independence. Rehabilitation experts agree that a well-focused, carefully directed repetitive practice is a fundamental element of any rehabilitation program.

Disabilities a Stroke Can Cause

The kinds of disabilities and the degree of impairment a stroke causes depends on the area of the brain that is damaged and how much damage was done. Comparing one person’s disability to another is difficult because every stroke may damage different parts of the brain and cause the following:

Some sensory disturbances include the inability to feel pain, position, temperature and touch. Incontinence may also become an issue.

Paralysis or difficulty controlling movements is very common following a stroke. Paralysis can affect the arm, face, leg or one whole side of the body. Swallowing may be affected, and if the cerebellum is damaged, coordinating movements becomes difficult. This causes problems with walking, balance and posture.

Problems understanding and using language affects one quarter of stroke survivors. Their ability to write, speak and understand written and spoken language is impaired. Patients may become incapable of speaking the words they are thinking and unable to put words together in logical, grammatically correct sentences.

Emotional disturbance affects many of the people who survive a stroke. Understandably, anxiety, fear, sadness, frustration and grief for their mental and physical losses are common. Clinical depression may result.

Signs of clinical depression include:

Clinical depression following a stroke is treatable with medications and counseling.

Problems with memory and thinking are also common. When a stroke damages the parts of the brain that are responsible for learning, memory and awareness, short-term memory and a shortened attention span are common. These patients sometimes lose their ability to comprehend meaning, make plans, learn new tasks or engage in complex mental activity.

Therapy Within 24 to 48 Hours After Stroke

Rehabilitative therapy starts in the acute-care hospital once the individual’s condition is stable. The initial therapy intends to promote independent movement because a stroke frequently paralyzes or weakens part of the body.

Some individuals who survive a stroke will continue rehabilitation for months or even years afterwards. This rehabilitation helps them maintain and refine their skills. It’s important to find a facility with dedicated therapists who are familiar with stroke rehabilitation. 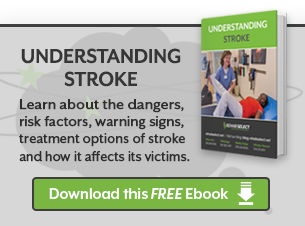