There's Not Just One: Exploring the Various Types of COPD 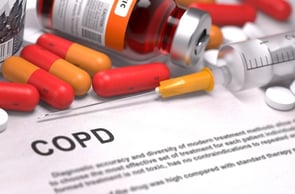 The disease results in the airflow from the lungs becoming obstructed. Living with COPD is difficult due to the many symptoms that result because of it. These symptoms most commonly include difficulty breathing, wheezing, breathlessness, chronic coughing, and abnormal sputum, which is the mixture of mucus and saliva found in the airways. Living with COPD becomes more difficult as these symptoms worsen, making it difficult to do even the simplest tasks, such as walking up and down a set of stairs.

Although COPD is the commonly recognized name, there are actually different variations of COPD, including three main types:

Although acute bronchitis will generally go away without any treatment within a period of two weeks, chronic bronchitis cannot be cured.

Living with COPD in any form can be quite challenging, especially with the knowledge that there are no cures for the three main types. There are, however, many different treatments available that can help alleviate the symptoms of COPD, including medications such as antibiotics (i.e. inhaled steroids, oral steroids, and theophylline), lung therapies (i.e. oxygen therapy and pulmonary rehabilitation) to improve your breathing, and for extreme cases, lung surgery.

Seeking out the proper treatment is vital to being able to live with the disease without letting it drastically affect your quality of life.