Why Know The Signs of Alzheimer's Disease? Because Early Treatment Matters 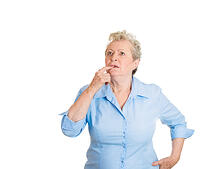 Alzheimer's disease is the most common form of dementia, which is loss of intellectual abilities severe enough to impact daily life, affecting more than 5 million people in 2014, according to the Alzheimer's Association.

While there is no cure, as of yet, for this progressive brain disease, the development or worsening of symptoms can be delayed or slowed with early diagnosis and treatment, improving quality of life for patients and their families. For this reason, it is very important for those who have seniors in their lives to know how to recognize the early signs of the disease.

While some degree of age related cognitive decline is fairly common in seniors, a person that is displaying any combination of the symptoms above should be seen by a physician as soon as possible. First, it may not be Alzheimer's at all, since a number of other conditions can cause similar symptoms, and some of them are very curable, such as thyroid disease, drug interactions, or vitamin deficiencies, for example.

Second, while medical science has not yet found the means to cure Alzheimer's disease or stop its progression entirely, when it is caught early enough, a number of medications can slow its progress and/or delay the onset of more severe symptoms. Additionally, much research is being done on this disease, and new clinical trials are being undertaken every day. A formal diagnosis can make your loved one eligible for those trials, giving him or her access to cutting-edge drugs and therapies.