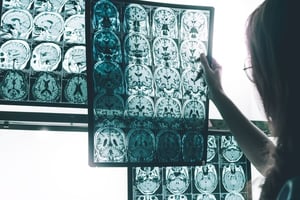 Dementia and Alzheimer’s disease researchers have been making some remarkable breakthroughs. Here are just a few of the most significant discoveries that will impact how caretakers approach memory care.

What are the early symptoms of Alzheimer’s disease?

Memory loss is the key symptom of Alzheimer's disease. According to the Mayo Clinic, The early signs of the disease often involve forgetting recent events or conversations. In the initial stages, a person with Alzheimer's disease may be aware of these difficulties and notice that they are losing the ability to remember things and organize thoughts. However, often it’s a family member or friend who is more likely to notice how the symptoms worsen.

As the disease progresses, Alzheimer's disease patients will develop severe memory impairment and lose the ability to carry out everyday tasks.

What Causes Alzheimer’s Disease and Dementia?

We have seen some major developments in our understanding of the causes of Alzheimer’s and dementia. While the origins of both conditions are complex, a combination of genetic, environmental and lifestyle factors, a greater knowledge of what triggers the development of these devastating conditions may help researchers as they work toward a cure.

Inflammation in the brain may be more widely linked to several forms of dementia than previously thought.

Researchers from the University of Cambridge studied patients with frontotemporal dementia (FTD). FTD is a family of different conditions resulting from the build-up of several abnormal proteins in the brain, dubbed “junk” proteins. Brain scans were performed to detect the presence of inflammation and the junk proteins.

According to the study, the more inflammation in each part of the brain, the more harmful build-up of the junk proteins there is.

Dr. Thomas Cope from the department of clinical neurosciences at Cambridge, said: “We predicted the link between inflammation in the brain and the build-up of damaging proteins, but even we were surprised by how tightly these two problems mapped on to each other.”

There are some cases where genetics play a key role.

Most cases of dementia are not directly caused by genetics and instead result from a combination of risk factors, but there are some forms where genetics play a key role.

Researchers at the UK Dementia Research Institute at Cardiff University studied genes connected to the development of Alzheimer's disease . The study identified 42 new genes found to be connected to Alzheimer's, many clustered into several suspected but unconfirmed pathways for disease development. They believe the body's immune system, designed to protect us from germ invaders, may be one such pathway.

"The new risk variants identified in the present study are significantly associated with progression" to Alzheimer's disease,” according to the study, published in the journal Nature Genetics.

We’ve also seen significant progress in the early diagnosis of Alzheimer’s, as well as some major leaps forward in using existing drugs to treat symptoms. Some researchers believe that they may have found ways to predict when the disease will occur.

The Researchers at Boston University School of Medicine have developed a computer algorithm based on Artificial Intelligence (AI) that can accurately predict the risk for and diagnose Alzheimer’s disease using a combination of brain magnetic resonance imaging (MRI), testing to measure cognitive impairment, along with data on age and gender.

According to the research, this study has broad implications for expanding the use of neuroimaging data such as MRI scans to accurately detect the risk of Alzheimer’s disease at the point of care.

Researchers in South Korea studied the effect of using diabetes drugs called DDP-4 inhibitors among older people who'd been having memory issues and found it typically “showed a slower progression in those symptoms over the next few years.” That was compared with both diabetes-free older adults and those taking other diabetes medications.

People on DDP-4 inhibitors also showed smaller amounts of the "plaques" that build up in the brains of Alzheimer’s patients. However, experts cautioned that the findings do not prove the drugs can prevent or delay dementia.

A FDA approved drug may address the underlying biology of Alzheimer’s Disease.

The U.S. Food and Drug Administration approved Aduhelm (aducanumab) for the treatment of Alzheimer’s. This is the first FDA-approved therapy to address the underlying biology of Alzheimer’s disease.

According to the FDA, “It is the first therapy to demonstrate that removing beta-amyloid, one of the hallmarks of Alzheimer’s disease, from the brain is reasonably likely to reduce cognitive and functional decline in people living with early Alzheimer’s.”

People infected with Herpes are at increased risk for Alzheimer’s Disease.

HSV1 infection commonly causes sores around the mouth and lips (sometimes called fever blisters or cold sores). Emerging data has suggested that people who are infected with HSV1 are at increased risk of developing Alzheimer’s. However, researchers caution that it’s not certain what biological phenomena might be responsible for this connection.

According to research, “A biological framework called the “microcompetition model” may explain why people infected with herpes simplex 1 (HSV1) are at increased risk of developing Alzheimer’s disease.”

The link between lifestyle factors and the development of Alzheimer’s or dementia has been long established. It’s important to understand new research findings in order to design the best memory care program possible. Research has revealed some dietary allies in the fight against Alzheimer’s – a diet called the MIND diet and the protective effect of moderate alcohol intake.

Researchers at the Rush University Medical Center in Chicago investigated the ability of the MIND diet to improve cognitive function in older adults independent of brain pathology levels.

Some previous studies suggested that the Dietary Approaches to Stop Hypertension (DASH) diet and the Mediterranean diet could improve cognitive function. As a result of the previous research, those two diets have been combined to create a hybrid MIND diet that is specifically designed to improve brain health.

Drinking too much alcohol increases the risk of dementia - but moderate drinking can be a good thing.

A 23-year research study has revealed that moderate drinking can benefit brain health. Excessive drinking has long been known to correlate with dementia, but the results of this joint study by Inserm and UCL have also shown that moderate drinking (defined as fewer than 14 units of alcohol a week) might have some positive effects on cognitive function.

A more recent study concluded that the “findings from middle- and old-aged individuals with neither dementia nor alcohol-related disorders suggest that moderate lifetime alcohol intake may have some beneficial influence on AD by reducing pathological amyloid deposition rather than amyloid-independent neurodegeneration or cerebrovascular injury.”

However, other research indicates that excessive alcohol use may put a person at risk of developing certain health problems relating to the brain, therefore, increasing the likelihood of developing Alzheimer’s disease.

If your loved one has been diagnosed with Alzheimer’s or dementia, you are not alone. You may be wondering if any long-term care facilities near me are right for my loved one. At Rehab Select, we provide a structured schedule and innovative memory care programming, offering residents emotional, mental and physical care as well as daily opportunities for success. We encourage you to visit one of our five Alabama locations or contact Rehab Select today to find out how we can help. 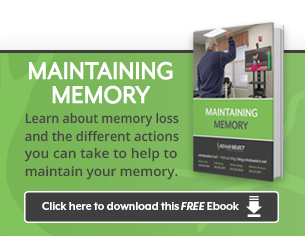