Long Term Effects of Stroke: How Psychiatric Therapy Can Help 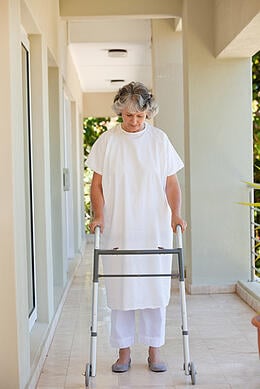 When someone has a stroke, it is common to think that the biggest ramifications will be physical and/or cognitive. And it is true that a stroke patient will have physical and cognitive effects to at least some degree, but one very common effect of stroke is depression. For that reason, it is imperative that stroke rehabilitation include treatment for the depression in addition to treating stroke's cognitive and physical effects.

Why depression occurs more commonly after a stroke

About 75% of all strokes occur in people who are 65 years of age and older, making it a common cause of disability in older adults. Approximately 600,000 Americans every year experience a stroke, whether it is a first stroke or a stroke recurrence. Of those 600,000 people, from 10 to 27% experience severe depression. Another 15 to 40% have some symptoms of depression within the two months following a stroke.

Patients who suffer major depression after a stroke may be less compliant during rehabilitation; they can experience personality changes – including becoming more irritable – as a result of the stroke. This can make them feel helpless and to say, in effect, "What's the use?", thereby causing them to interfere with their own recovery.

How psychiatric therapy can help with stroke rehabilitation

Psychotherapy ("talk therapy") can help relieve patients' depression after a stroke and improve recovery. Psychotherapy is also beneficial to family members who are dealing with the ramifications of the stroke. Psychotherapy can help relieve the stresses that come about naturally after a loved one has had a stroke. Further, when patients are responding favorably to their treatment for depression, they are also much more likely to be compliant with rehabilitative therapies that will help them restore physical and cognitive abilities.

Are antidepressants safe for those undergoing stroke rehabilitation?

It is very common for patients to experience depression as the result of a stroke. In addition to struggles with the effects of stroke itself, they can also undergo personality and emotional changes, including depression, as a result of the stroke's injury to the brain. Whether depression occurs as a result of stroke damage or because patients must struggle with the effects of the stroke, psychiatric therapy is an important part of rehabilitation after stroke. Psychiatric treatments like medications and talk therapy can improve stroke outcomes, not least because treating depression makes patients more likely to comply with and therefore succeed in rehabilitation.