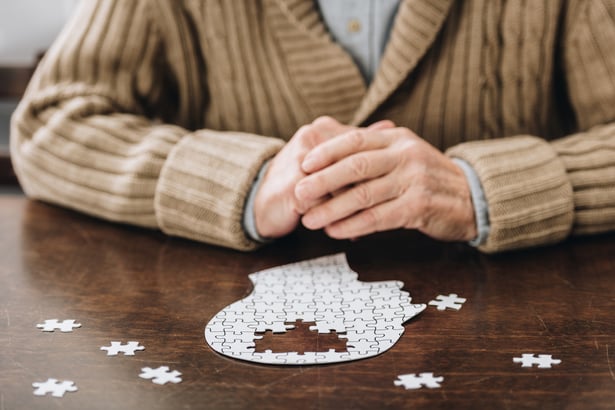 Many people outside of healthcare mistakenly confuse dementia with Alzheimer’s, yet the two are very different conditions. While both can affect memory, there are clear distinctions. What follows is a look at what these differences can mean for patient symptoms, long-term outlook and patient memory care need.

Download our ebook to learn the most important factors when considering memory care services for your loved one with Alzheimer’s or dementia.

The confusion many people have between Alzheimer’s and dementia is understandable, as Alzheimer’s is actually both the most common cause of dementia and one (but not the only) form of dementia. Dementia is the name for a group of brain disorders that make it hard to remember, think clearly, make decisions or control one’s emotions. Dementia is not a normal part of aging. It is caused by damage to brain cells that affects thinking, behavior and feelings.

While Alzheimer’s makes up an estimated 60 to 80 percent of overall dementia cases, it’s not the only form of dementia. Common symptoms of Alzheimer’s include:

Alzheimer’s is a specific disease, while dementia is not. There are many other forms of dementia with different causes. The symptoms for those forms of dementia may or may not overlap with the symptoms of Alzheimer’s. For example, vascular dementia is typically caused by a stroke. While later symptoms often include memory problems, initial symptoms are more likely to include things such as poor judgment and trouble planning. Dementia With Lewy bodies (DWB) occurs when Lewy bodies — microscopic protein deposits in the brain—form and impair cognitive function. Along with the memory loss and decision-making challenges found in Alzheimer’s and vascular dementia, DWB can also cause hallucinations, daytime sleepiness, and physical movement issues, such as trembling or slowness. Those suffering from Parkinson’s disease have a 50 to 80 percent chance of developing Parkinson’s disease dementia, which is similar to DWB.

What Is Memory Care?

The first question many people ask when first presented with the challenge of caring for a loved one with Alzheimer’s or other forms of dementia is “what is memory care?” People don’t often think of memory as a function that requires care in the same way that one might think of joint care or heart care. But memory is dynamic, and it can greatly benefit from active care and management, particularly for those suffering from Alzheimer’s or dementia.

Memory care involves taking steps to mitigate the impacts of dementia in patients as possible. While some forms of dementia have the potential to be reversed if identified early enough, there is currently no cure or reversal available for Alzheimer’s specifically. Memory care therefore often involves cognitive exercises to help slow the progression of dementia or at least help patients better cope with its impacts.

Other aspects of memory care involve creating an environment conducive to day-to-day success despite limitations associated with the patient’s condition.  For instance, a patient with memory loss will have medication timing and dosage carefully tracked for them.

Another component to consider, especially with full-time care, is consideration for safety. This typically means a secure environment where staff can closely monitor patients. Patients suffering from Alzheimer’s and other forms of dementia may get confused and wander away from the facility, for example.

While it’s possible to slow the progression of some forms of dementia, this is generally not feasible for Alzheimer’s. The reason is that Alzheimer’s begins long before most people notice symptoms, sometimes decades before symptoms develop. Slowing Alzheimer’s might theoretically be possible if it were identified in the very early stages, long before most people are even aware they have an issue. This is simply not realistic for patients at present. However, it’s possible that future developments in early detection could change the outcome for some patients.

Instead, Alzheimer’s memory care focuses on managing the disease. This means creating a safe environment to prevent falls and other injuries, providing help with monitoring medications and supporting daily tasks as needed. Alzheimer’s medical care can come in the form of an assisted living and memory care facility or in-home care. The choice is often a matter of the severity of the disease.

That being said, it’s important to note that lifestyle factors can help prevent Alzheimer’s from developing in the first place, even if they may not be able to reverse the condition once started. These include avoiding smoking, regularly exercising, engaging in social interaction and practicing healthy sleep habits.

Memory care for dementia patients depends on the specific type of dementia a patient is suffering from and the associated symptoms. Often the memory care will be similar to Alzheimer’s memory care but may include additional components to address things such as the daytime sleepiness common with DLB or Parkinson’s disease dementia.

Hopefully, this discussion has helped provide some insight into the question “what is memory care?” as well as to clarify the differences between dementia and Alzheimer’s, and what those differences mean with respect to memory care.

Rehab Select employs therapists and clinicians for many of their patients in short- and long-term care including providing care for Alzheimer’s and dementia patients. However, for memory care the focus is on long-term care. For those interested in memory care facilities in Alabama, or to schedule a tour of a RehabSelect facility, please contact us today. 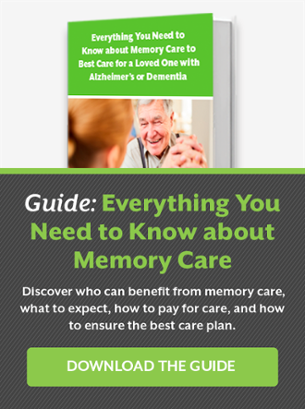