Cellulitis Wound Care: It's Not for the Faint of Heart

Cellulitis is a common and potentially serious bacterial skin infection. It typically appears as a swollen, red patch of skin that feels hot and tender to the touch, and it often spreads rapidly. The most common area for this infection to occur is on the lower legs, but cellulitis can affect any area of the face and body. The infection may affect only surface skin but can also extend into underlying tissues, and in some cases, can spread to the lymph nodes and bloodstream, a development that can become a serious or even life-threatening medical problem.

A variety of bacteria can cause cellulitis, with the most common being Streptococcus and Staphylococcus bacteria. These bacteria generally enter through breaks in the skin caused by scrapes, punctures, burns, fungal infections, skin disorders, or surgeries. Skin affected by edema – swelling due to excessive fluid retention – is especially vulnerable to infection. However, in some cases, cellulitis can happen in skin without obvious injury.

Some risk factors for this type of infection include health conditions that impair circulation, such as vascular disease or diabetes, liver disease, including chronic hepatitis or cirrhosis, poor immune function caused by health conditions or medications, and a history of previous cellulitis infection.

Initial symptoms of cellulitis may include:

As the infection becomes more serious, other symptoms may appear, including:

Symptoms that may indicate that the infection is spreading include drowsiness, lethargy, red streaks on the skin, and/or the appearance of fluid-filled blisters or fluid weeping from the skin. Any symptoms that indicate cellulitis should be examined by a doctor, but these particular symptoms indicate the potential for serious complications and require immediate medical attention.

Varieties of bacteria capable of causing the development of cellulitis are extremely common in nearly all environments, so preventing all cases of these infections is not possible. However, taking some important precautions can significantly reduce risk. Recommended preventive measures include cleaning any break in the skin thoroughly at least once a day, applying an over-the-counter antibiotic ointment to them, and keeping them covered with a clean bandage until a scab has formed. Should any signs of infection occur, such as redness, pain, or drainage, have the area evaluated by a doctor as soon as possible.

Individuals who have diabetes, poor circulation, or other chronic health issues should take additional precautions, including daily inspections of legs and feet for skin injuries, moisturizing skin daily to prevent cracking, and treating any skin conditions, like fungal infections, immediately. People who have a history of recurrent cellulitis infection may be prescribed preventive antibiotics, which must be taken as directed to protect against cellulitis and other skin infections.

Treatment of cellulitis usually begins with oral antibiotics, which may be prescribed in a 5, 10, or 14 day course. While the symptoms typically clear within a few days, taking the complete course of medication as prescribed is essential to completely clearing the infection. If cellulitis does not respond to treatment with oral antibiotics within a few days, the infection may be caused by an antibiotic-resistant bacteria. In such cases, hospitalization may be necessary so that antibiotics can be administered via IV and progress can be closely monitored.

As with any infection, close communication with your physician is paramount. 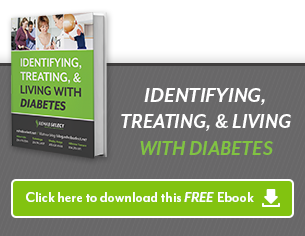